A mindful way to rear livestock 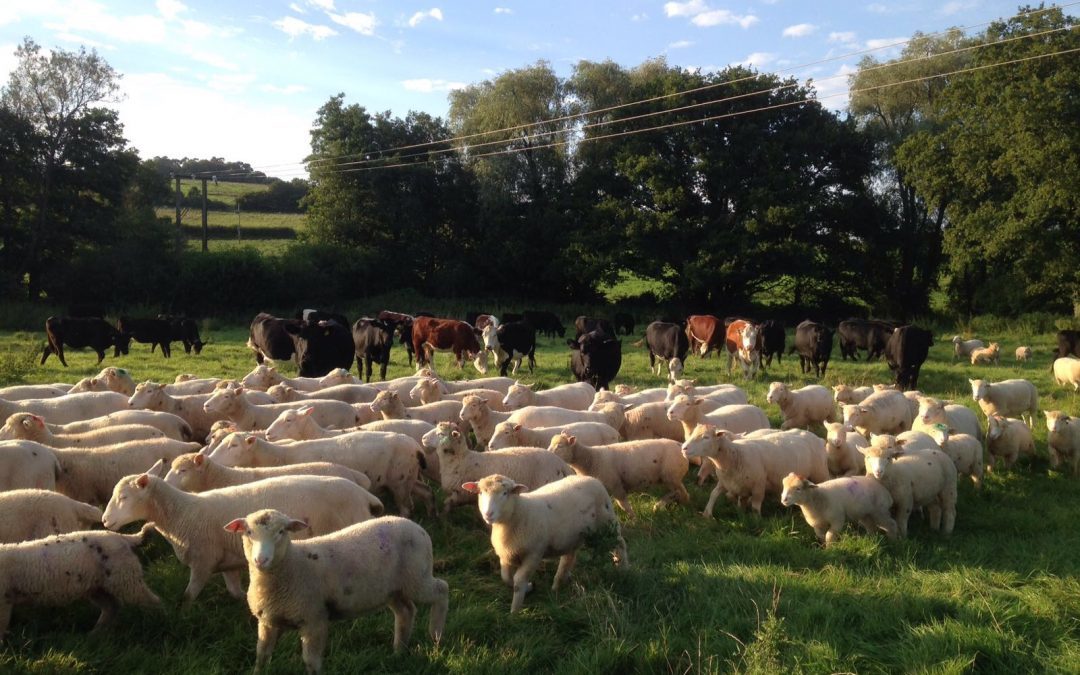 This blog post is designed to get you thinking. To show that there’s never just one way to do things.

For many years the debate has been running around how best to rear livestock. Scientists have proved that ruminants produce a huge amount of methane which contributes to global warming, and there are many who believe livestock is not the way to go where farming is concerned, rather that plant-based foods are better feeding the planet.

Obviously the way we do things is different to the high intensive farming systems followed by some, and whereas we know our animals produce methane, we believe that the health of our soils and pastures is boosted by our grazing animals.

A report by the Food Climate Research Network, entitled “Grazed and Confused” focuses on methane emissions that ruminants produce, but it doesn’t focus on the benefits that livestock can bring to the environment, such as the potential for sequestering carbon back into the soil.

Vociferous vegan George Monbiot believes that grazing livestock is not only cruel, but is ruining our planet.

Of course we understand that livestock produces methane at high levels, but grazed animals do have a positive part to play where the environment is concerned.

We are of the mind that we all need to eat less and better meat, and by following the low-intensity, holistic systems that we do at Farm2Fork, the meat is better and healthier, and we are encouraging biodiversity, different species of plants, animals and insects to visit our meadows.

If talking about high pressure systems of intensive grazing, then we too take the view this is not a viable long-term option.

Our supporters also believe our methods of rearing livestock on a 100% grass-fed system is sustainable.

In their response to the Grazed and Confused report, The Sustainable Food Trust, go as far to say that to stop producing meat, milk and animal fats from grassland is highly irresponsible as this would cause more rainforest to be cut down for soyabean oil and meal.

And the folks at the Savory Institute advocate holistic planned grazing as a large-scale restoration of the world’s grasslands. They say in response to George Monbiot’s views that:

At Farm2Fork our ruminants work in harmony with nature, mimicking a system they would have followed in their natural environment. The benefits of grass-fed are great. The meat from grass-fed livestock is healthier than anything you would find from an intensive farming system, and the amount of animals we raise means we won’t be feeding the planet, just the few. With the notion of eating less meat, then we think our methods contribute to the environment.

Nothing is ever perfect, but we are working in the best way we can to produce meat in the most sustainable, environmentally beneficial and most ethical way possible. There are always two sides to the story.