Home » blog » The ethics of grass-fed

The ethics of grass-fed 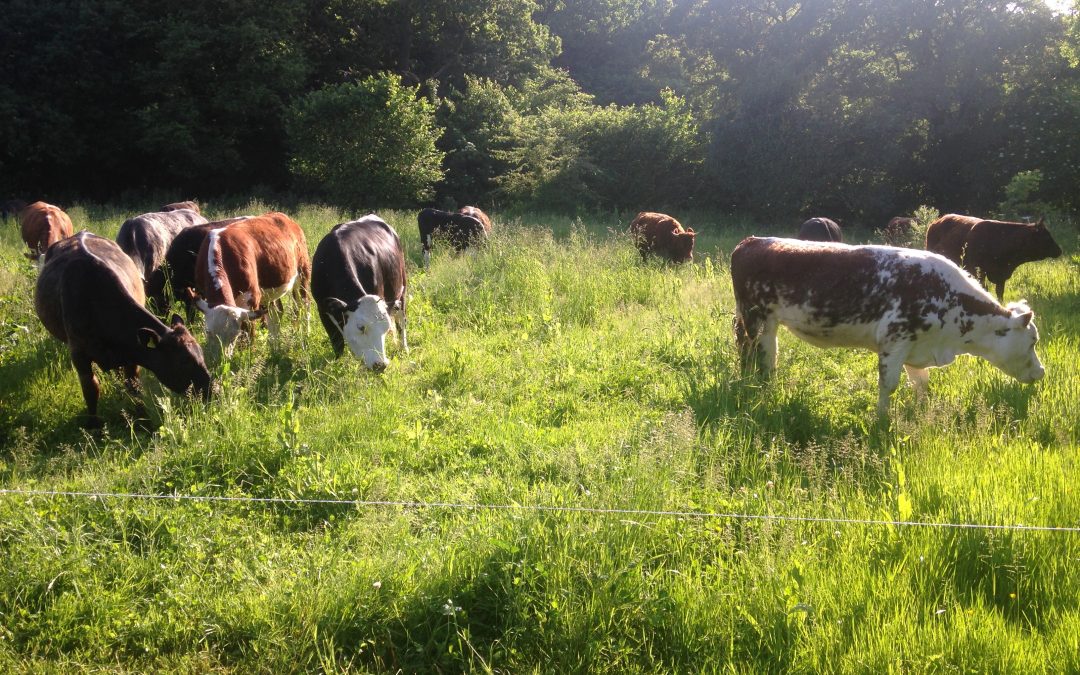 We could get into a debate on the ethics of eating meat full-stop.

For vegans, eating any animal product, be that meat, or dairy, or honey, would be unethical entirely.

For vegetarians often the reason behind the choice is animal welfare, but there are health reasons as well that come into play.

For any meat-eaters, reducetarians and flexitarians out there (those who want to reduce their meat consumption but not cut it out of their diets altogether), here’s the opening to a dialogue on the ethics of eating grass-fed meat and dairy – versus eating non-grass-fed produce.

Firstly, let’s consider the life of the animal. I think we can all say with some certainty that if someone’s going to eat meat, it’s better the animal lived a full and rich life, living with fresh pasture underfoot.

For animals raised purely for their meat or for the purpose of milk or egg production, given no access to pasture or time with their young, who are kept in dark and cramped conditions and not considered animals at all, life can be quick, and unpleasant. By keeping animals confined in large numbers their ability to follow their natural instincts is inhibited. We try to embrace these natural instincts and hope that our animals feel at home on the farm, free to move around as they would in their natural environment.

For a conscientious meat-eater, surely the better choice is to choose the creature who has experienced the freedoms of living as nature intended – roaming freely across pasture, eating a diet which it would enjoy if it were living as an animal not purely raised for consumption and spending time with its own kind, and raising its young.

There are cattle lots, battery farms and high-intensity farms across the world that use techniques to “pack em’ in” and raise them fast, where young are removed from their mothers, discarded if they don’t meet certain gender or size quotas, and are treated solely as commodities – losing all sense of their true identity – that of sentient animals.

We appreciate not everyone agrees with livestock farming of any sort, but our approach is to embrace the natural environment and respect our animals during their lives so that for the time they are here they are happy and healthy, socialising with other animals, bringing up their young.

We will never meet everyone’s ethical standards. There will always be those who oppose eating meat and dairy entirely and believe that farming should involve only plant crops, but cattle and dairy farmers are trying to meet a demand. At Farm2Fork we are not catering for the masses, but we are trying to produce the very best meat we can in the most ethical way.

We encourage healthy animal behaviours, the kind of behaviour you won’t witness in many industrialised farms. We mimic the animal’s natural lifestyle and although the animal is ultimately being produced for meat, it will have experienced a life worth living before its death.

Our grass-fed animals live on pasture year round and follow a grazing method that encourages biodiversity. We let them live as naturally as they can, and we hope that this makes your choice much easier when it comes to buying meat.