Healthy soil for a healthy planet 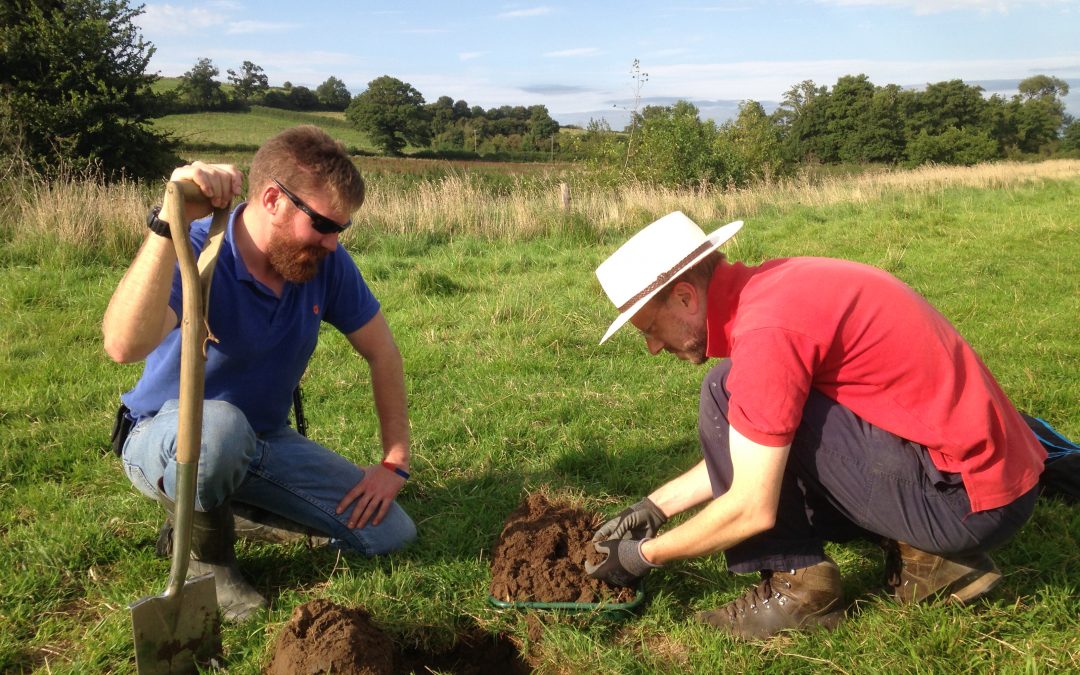 According to the Soil Association less than one sixth of the land on Earth is suitable for growing crops.

When we rely so heavily on soil to produce food it’s madness that we’ve taken our soil for granted for so long.

The association says that a third of the world’s arable soils are degraded, and it can take a thousand years for just 1cm of topsoil to form.

Once the soil has degraded, it’s unlikely that we’ll ever see it return to its former health in our lifetime, so that’s why we have to look after the healthy soils we have left.

At Farm2Fork we actively encourage soil health. Our multi-species grazing methods, where sheep follow cattle, birds follow sheep, and insects follow birds, all adds to the soil’s rich structure, and when we have healthy soil what follows is healthy food.

We are always telling people how good our meat tastes and how healthy it is because our animals are raised on 100% pasture. But the health credentials start from the soil.

If the soil is degraded, the grass isn’t as nutritious and therefore the meat is lacking in nutrients.

Soil is made up of such sophisticated substructures that they can easily be destroyed by methods such as ploughing, using chemical fertilisers, and by waterlogging and general erosion.

We are proud to say that are soil is in good health, and we’ve recently had that verified by Edible Cities’ Niels Corfield.

Niels is an expert where soil is concerned, and he wanted to come along and take some samples from our pastures. Of course we were more than happy to oblige and I’m delighted to say he was very impressed our field samples. He said: “Farm2Fork has a strong sustainability agenda at Greenway Farm. And it’s clear that they realise the importance of soil health and how it underpins all their work on the farm. And Ollie readily admits the fact that you don’t get good grass, or a lot of grass for good grazing without a healthy soil.

They are working hard to develop their pasture and soil management strategies. And the recent visual soil assessment/spade tests were testimony to these facts. That said, it’s still early days, and they weren’t the most fortunate in the condition of the land they inherited. So there’s still work to do. But by mob grazing and using mixed species grazing and sowing diverse grass sowings they have given the soil the best start it can get. While making it pay. In more ways than one it’s an inspiring example for producer and consumer alike.”

Thanks Niels, we’re glad to be doing something right where our soil is concerned!

Both plant material and the natural fertiliser produced by our animals add to the decomposition process which converts organic matter into nutrients for plants to grow.

Soil organic matter holds onto water and air and is a continual source of nutrients.

Once you dig over the soil or disrupt its structures, you break the bonds that make it so healthy.

Vegetation cover is vital, along with reducing compaction from livestock – hence why we rotate our grazing and ensure the livestock don’t trample the land too much.

We follow organic principals at Farm2Fork, so we help to protect the health of soils. The more people understand how vital our soils are to the future of food sustainability the better.

Here’s a rather shocking statistic – scientists have warned that we only have 100 harvests left in the soil across the British countryside. Intensive over-farming and a decline in the standard of some of our farmlands mean that unless we start looking after the soils we have left, we are inevitably facing an agricultural crisis.

So join with us at Farm2Fork and ensure you look after soil. Use fewer chemicals, if any. Don’t dig where you don’t have to, and always encourage a rich array of wildlife.