It’s not the cow, it’s the how 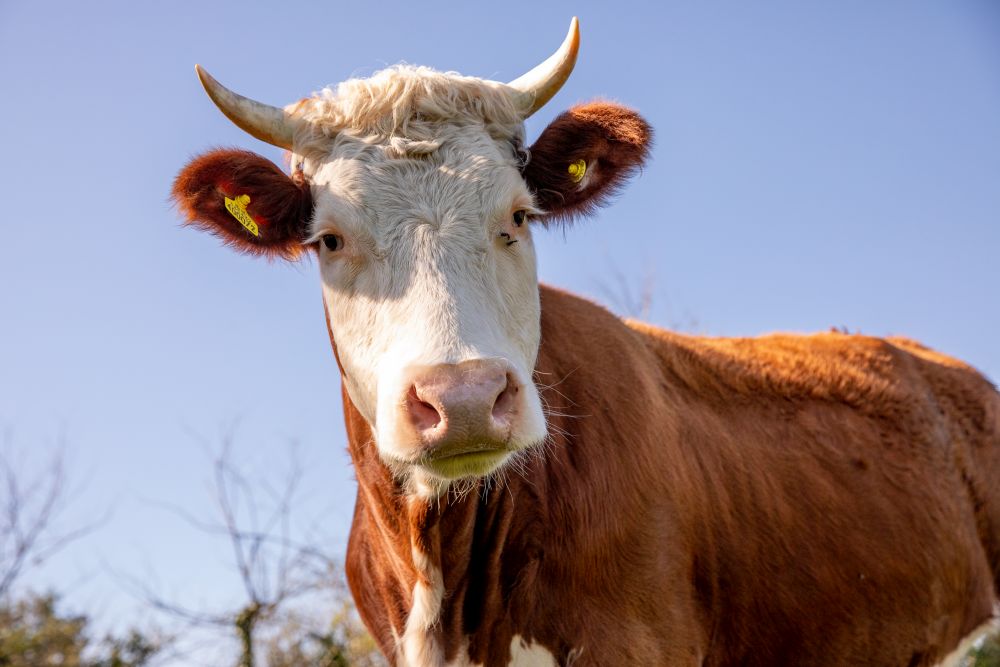 As a farmer following organic processes, and running Farm2Fork in the most environmentally sound way we can, it probably won’t surprise you that we are in support of the recent Extinction Rebellion protests and what it stands for.

But as the publicity drum for striking meat off the menu grows ever louder, we find ourselves in a situation where we feel that we’re having to defend the cows and livestock we rear here. We see ourselves as guardians of our planet, and we want to ensure its survival and increase its health, for generations to come. That’s why we want to show how it’s the method of farming that contributes to climate change, rather than the farming itself. Don’t blame the cows – we still need them.

Many farmers joined in with the Extinction Rebellion protests, despite this industry being heavily criticised for being a major contributor to climate change. Dagan James, a Buffalo farmer from Broughton in Hampshire, was one of those who attended the protests and said that people need to pull together, without blaming others, to help face the challenges our planet faces.

We agree. This shouldn’t be about blame. This should be a time when we all come together to treat the land with respect and use systems that enhance, rather than destroy.

Farming is actually critical to saving the planet – depending on the methods used.

Rearing livestock means we have our fair share of opposition, and we understand the need to eat less meat.

But farm animals have a place in benefiting the earth, and our livestock actually plays a vital part in soil health and everything that comes from that.

The point is that it’s the type of systems that are used. Rather than the cows being the problem – it’s the way in which they are grazed. Even some grass-fed animals are grazed in ways that are detrimental to the planet. But done right, as we believe we’re doing here at Farm2Fork, we are all part of a functioning ecosystem.

If grass isn’t grazed it doesn’t thrive, and over time the pastures will become dominated by weeds and scrub. The interaction of animals is needed for grasslands to thrive – growing grass pulls carbon out of the atmosphere through the process of photosynthesis. The cows’ digestion of grass then also speeds up the recycling process. The manure from the cows providing food for the soil and soil microbes, locking carbon safely back into the ground. We follow a system whereby we allow the pastures to grow fully. This involves managed grazing, giving long rest periods to the meadows.

Our system supports the natural cycle of life and the vital ecological processes which take place at a micro-level. Each component is integral to each other – and that includes the livestock.

Our meadows are lush, rich and diverse. They are places where we see a vast array of wildlife, where plants and nature live in harmony with our grazing animals.

Sure, we wholeheartedly agree with eating less meat, but let’s not persecute the animals here. We need to understand their place in the natural cycle.

Recent research by a global team of scientists based at Oxford University has shown categorically that methane from Britain’s ruminants is not causing global warming – instead, ruminants provide a viable pathway to net-zero emissions from UK agriculture by 2030.

Buying your meat from Farm2Fork ensures that you are buying from a sustainable, bio-diverse farm, where the relationship between livestock and the earth is symbiotic. We don’t plant crops that humans could eat in order to feed our animals. We don’t clear the land. We don’t overgraze, and we certainly don’t put too many animals on the land. The pastures are allowed to thrive, just as much as our animals.