Ollie earns a place in the finals for ‘Best Farmer’ Award 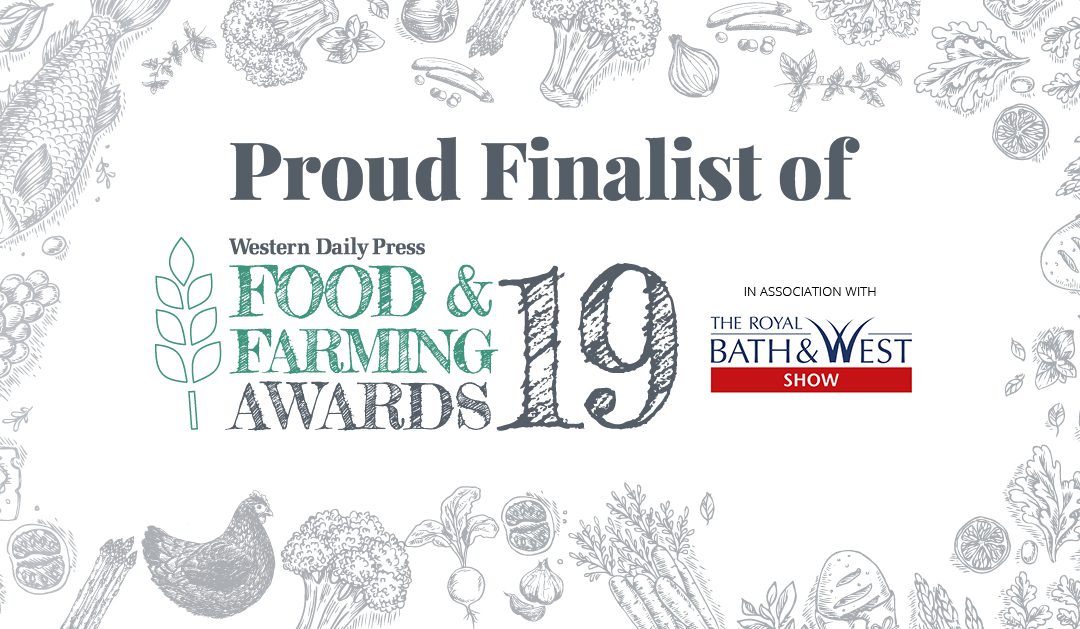 Oliver White’s determination to make a success of his county council tenancy has earned him a place in the finals of the best farmer category in the Western Daily Press Food & Farming Awards. Sue Bradley met him.

As one of the last people to be granted an agricultural tenancy by Somerset County Council, the 35-year-old is determined to make a success of his enterprise so that he’s in the best possible position when his 10 year stay at Greenway Farm comes to an end.

And with five years already gone, he’s acutely aware that there’s no time to bask in the glory of what he’s already achieved.

Making it as easy as possible for people to buy his pasture-fed beef, lamb, goose and chicken is his latest goal and he’s recently secured an EU Leader grant to help him fund a new power supply to support a large refrigerator that provides all the storage space he needs for both his existing nationwide online sales through www.farm2fork.co.uk and the shop he’s planning to open on his farm on the outskirts of Dowlish Ford near Ilminster.

He’s also pressing ahead with attaining organic certification for his 125 acres, which he’s been farming as sustainably as possible since beginning his tenancy in 2015.

Oliver grew up on a dairy farm at Kingston St Mary and had always hoped to follow in the footsteps of his father and grandfather, but the economic pressures associated with such a career led his family to encourage him to follow an alternative path, which resulted in him studying agricultural engineering at Harper Adams University before getting the job of operations manager at Hestercombe.

Nevertheless his deep attachment to the land refused to budge and, when 22 acres belonging to his family became available in 2010, he talked his dad into allowing him to use it to rear geese for the Christmas market. In time he added a few beef cattle too

Meanwhile, as if holding down a full-time job and looking after poultry and cattle was not enough, in 2014 he undertook a Nuffield Farming Scholarship, just as his grandfather had done more than 60 years previously.

Inspired by the book ‘You Can Farm’ by Joel Salatin, which promoted pasture-fed meat and selling direct to the customer, Oliver used his grant to visit North America and Tasmania to examine the ‘market for 100% grass-fed meat and dairy’.

“The real take-home message was that there’s a growing demand and understanding of pasture-fed meat and this is being driven by a number of factors, including the health benefits when compared to grain fed animals, taste and animal welfare, and it’s arguably better for the environment,” he explains.

“A growing audience is disconcerted with the direction of food production and see grass as a safe alternative.”

Oliver has taken the knowledge gleaned during his travels, and his early experience with livestock,  and applied it to his own enterprise at Greenway Farm, on which he raises Aberdeen Angus and Hereford beef and Poll Dorset X New Zealand Romney lamb, along with table chicken in the summer and geese for Christmas.

“Joel’s book talks about the opportunities that exist for new entrants to get into farming,” Oliver explains. “The chances are that new entrants haven’t got much money behind them, which means the intensive system with its expensive equipment and inputs are out of reach.

“It’s also better for the land because it’s more nurturing and ecologically sound.”

Oliver was one of 65 applicants to bid for his tenancy in 2015, and he went on to use his savings and salary from working as a part-time projects manager at Hestercombe to help get his agricultural enterprise off the ground, an arrangement that continued until last April, when he felt confident he was generating enough income to stay on the farm full time.

At the same time he saved money by making some of the equipment he needed himself, such as making runs for his chickens, and engaging with WWOOF (Worldwide Opportunities on Organic Farms), through which he offers board and keep and the opportunity to experience the agricultural life in return for labour between April and December.

Opening a shop on the farm is the next big step and Oliver believes this will create a number of new opportunities both to sell his meat and show customers the benefits of his system of farming.

“We already offer collections from the farm but it’s not the most convenient way to access our products,” he explains. A shop has always been on my wishlist: until now most of my sales have gone out for nationwide delivery. Soon I’m hoping to develop more local connections through the shop and to do more open days so that people can see the farm and the way we look after our animals for themselves.”

“Since setting up the website it’s been clear that people are getting more connected to the food they’re eating; our online sales have grown at quite a rate over the past few years, to the point that I couldn’t make the most of all of the opportunities presented to me. The Leader grant has paid for an improved power supply to the farm so that we have the capacity to service a larger market and become better known as a food supplier. I’m also talking to other farmers with a similar ethos to ours about supplying into the farm.”

The idea of taking on a limited tenancy might not appeal to every farmer, but for Oliver it’s given him the opportunity to follow his dream and carve out a career that he feels born to do.

“Having grown up on a farm, I craved that space and the feeling of being in touch with nature and the changing seasons; I love working with animals and ultimately being in charge of my own destiny: these were the drivers that led me to become a livestock farmer,” he says.

“Reaching the five-year mark was quite a milestone and I really felt that the big investment had to be made before then, both emotionally and financially.

“Now I need to justify making these investments and make the most of the opportunities that are out there.

“Trying to get to this point has been exhausting – there have been some tough times, not least the dry summer of 2018 –  but I’m determined to make the most of it.

“I was very fortunate to get this opportunity: I think I’m right in saying that I was the last person to enter the Somerset County Council agricultural estate.”

While the long term future is uncertain, Oliver is determined to carry on farming.

“When the tenancy scheme started the idea was for people like me to take on starter farms and build up the business to be able to transfer to a private tenancy, although nowadays there aren’t so many opportunities to do this,” he says.

“I don’t know what the future holds, and I think this is where my motivation comes from: farming connects with me on a deeply personal level and I am trying to achieve as much as I can with the time I have got so that I’m in the strongest position to progress when my time on this farm is up.”

This is an article from the Western Daily Press, Wednesday, May 1, 2019; words by Sue Bradley. See more articles from the WDP at www.somersetlive.co.uk