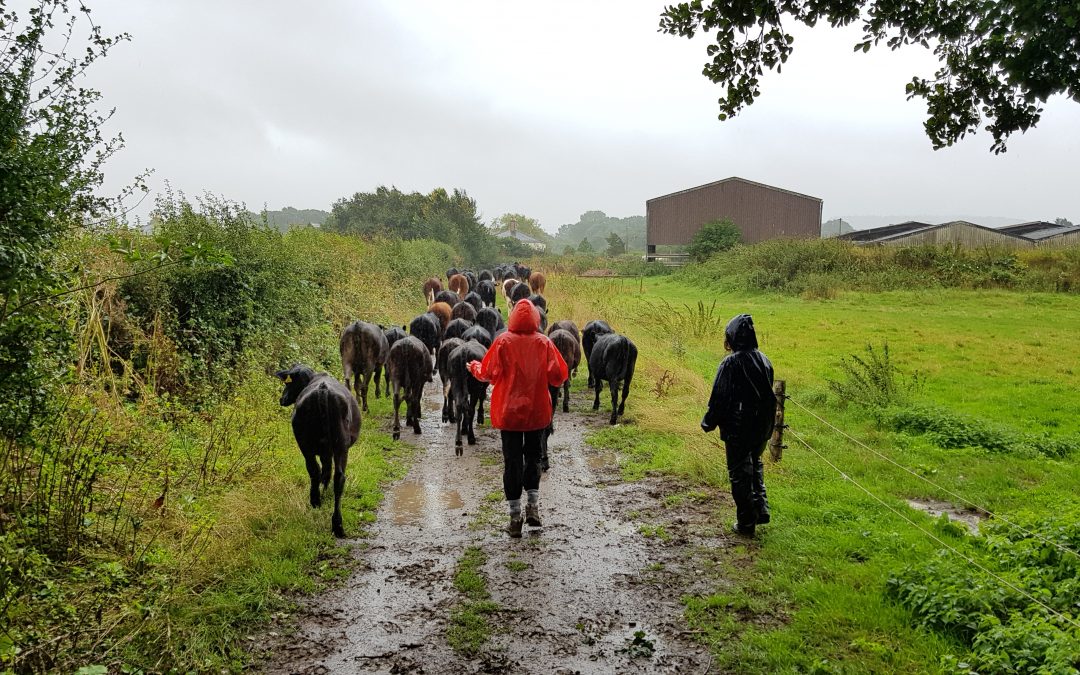 Unlike Donald Trump, we do believe climate change is a “thing”.

On the farm, you really get to see how the weather makes a difference to nature, day in, day out.

Over the past few years, we’ve seen more extreme weather patterns emerging. Last year in February and March we had to endure extreme cold, with prolonged periods of snowfall – a nemesis to farmers!

That was followed by an unseasonably warm April, and then we started to see the storms rolling in, with Storm Hector arriving in June.

This year we’ve had four named storms, the latest of which was called Hannah – they all sound very friendly – but the devastation they cause is not. Up north of the country saw catastrophic rainfall in places like Lincolnshire, before July recorded the hottest temperature ever in the UK, at Kew Gardens, London – sending the mercury sky-high to 38.7C.

It paints a worrying picture nationally, and here on the ground, we have to always be thinking strategically in case the farm is hit again with extreme weather.

I’m always planning and preparing for the worst, as gloomy as that may sound! But it’s for good reason. If we get caught out, then we’ve too many animals and not enough food to go around – that’s not a situation we plan to find ourselves in.

If a drought hits, hay and straw prices rocket as farmers seek extra feed. On the flip side, the cost of livestock drops, as farmers try to destock their farms to lessen the burden.

As we move towards the end of summer and into autumn it’s hard to say what weather is around the corner. Traditionally, the seasons would have been more fixed. It’s true that now we’re finding they are blending into one another more, with unseasonable random weather hitting when we least expect it.

By keeping stocks of dry feed, and moving the animals around the pastures to areas where the grass is most abundant, we have as yet managed to stay one step ahead of the weather’s attacks.

But it does pose a constant worry. Our ethos is to work with nature, so we can’t blame its patterns – we have to find ways to get through the challenging times. And putting extra pressures on the environment will only make climate change happen more rapidly. This is why we do everything we can to raise our animals in an environmentally sound way, with minimal impact to the planet.

These crazy weather patterns have caught too many farmers out and led to devastating losses on farms. We don’t want to be caught up in a weather-related disaster, so we have to remain open to the fact that climate change is very real. We need to be ready; whatever the weather.