Alpacas take up their role as guardians on the farm 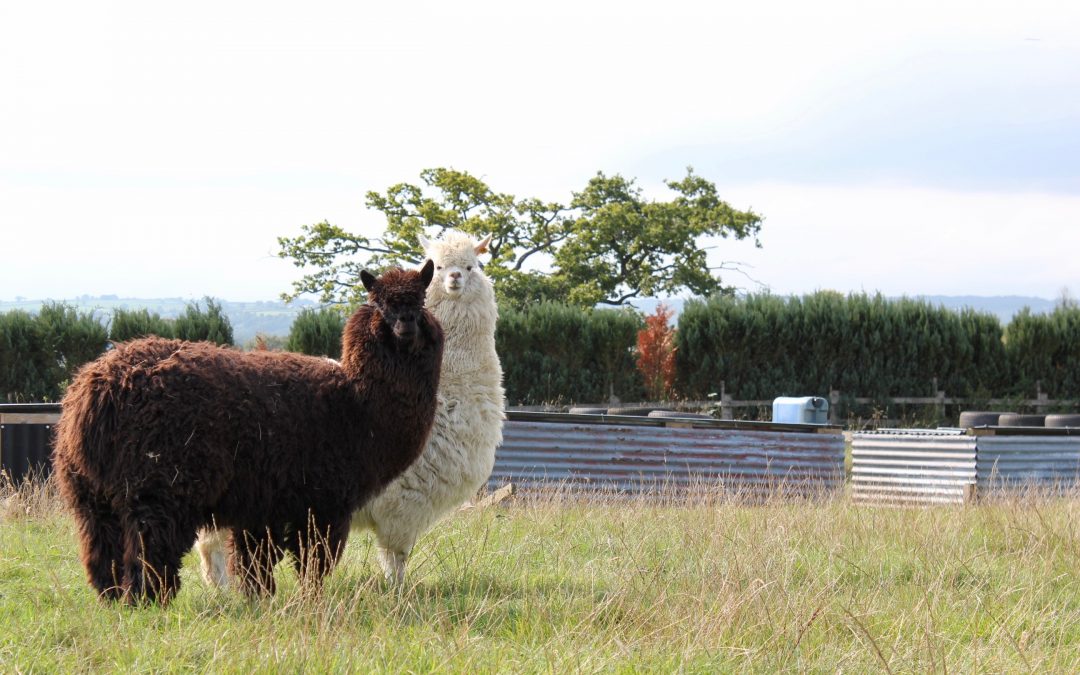 While things are generally peaceful in the pastures of Farm2Fork, we’ve been on our guard for a lot of the summer as the foxes have been circling.

We can’t blame them, as the unusually dry weather has meant they are extremely hungry. It does, however, put everyone on edge.

Now, we’re pretty sure we’ve found the answer. We’ve taken on loan two rather lovely alpacas. One brown, and one white, and as yet, unnamed.

Their role is to act as “guardians” to our sheep and chickens, who are prime pickings for hungry foxes.

Aside from the alpacas’ soft fleece, they are prized for their role as guardian animals. Although they can’t chase down wild bears (not many of those in Somerset), there are perfectly suited for keeping smaller carnivores and foxes away.

We’ve discovered since acquiring our fleecy friends, that appearances can be deceiving. Soft and cuddly looking, they are actually proving rather evasive to us humans and run a mile if we try and approach them. It’s perplexed us a little as to how they are keeping the foxes at bay, but alpacas by their very nature take offence to foxes as in the wild foxes can target baby alpacas. Our alpacas have now identified their sheep and chicken friends as part of their herd, and so will chase down any foxes that try their luck. They have a loud, high-pitched noise and they will kick and spit at any predators – they may even trample a fox if it doesn’t back off.

One pair of alpaca guardians can protect up to 250 ewes and in South Africa where predators are rife, this tactic has seen a drop in livestock loss by as much as 90%.

We’ve certainly seen a drop in the amount of fox attacks here on the farm, and it’s putting our minds at rest knowing we have our alpaca allies guarding the fields. We’ll be taking them on long-term, so we’ll be looking for names for them shortly!