Traditions of the Christmas Goose 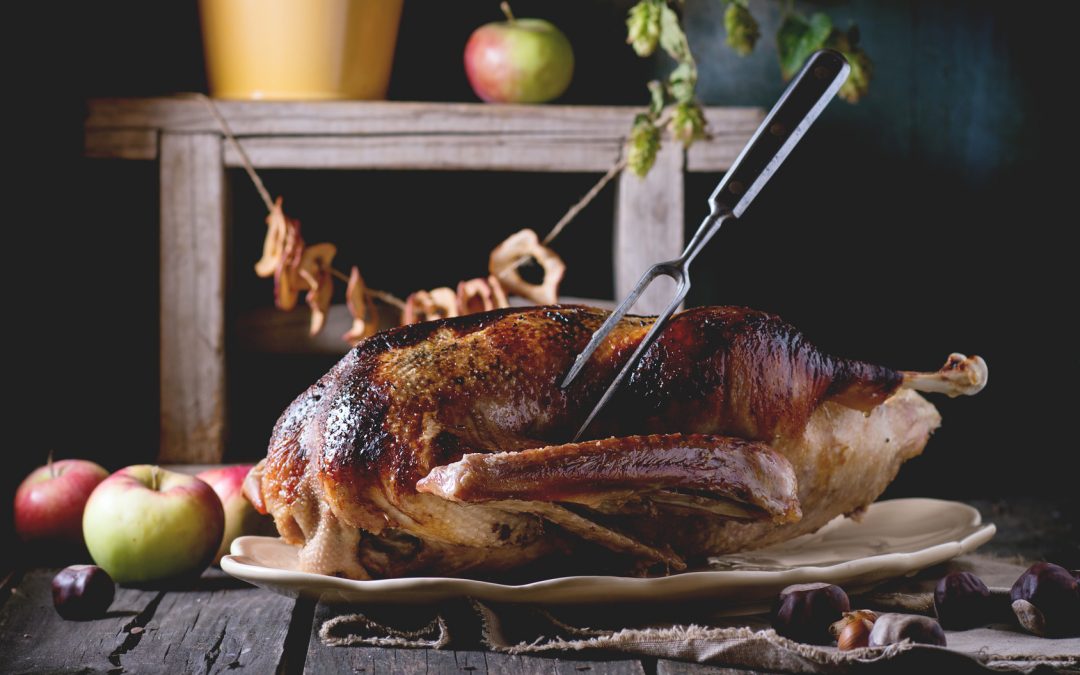 For the Cratchit family, the goose was the centerpiece for their humble Christmas dinner in Dickens’ A Christmas Carol.

Despite goose at that time being considered the cheaper of the birds when compared with turkey – the goose brings the family together around the table, is succulent and delicious, and even evokes a “hurrah” from Tiny Tim.

“There never was such a goose. Bob said he didn’t believe there ever was such a goose cooked. Its tenderness and flavor, size and cheapness were the themes of universal admiration. Edged out by apple-sauce and mashed potatoes, it was a sufficient dinner for the whole family; indeed, as Mrs. Cratchit said with great delight (surveying one small atom of a bone upon the dish) they hadn’t ate it all at last! Yet every one had had enough, and the youngest Cratchits in particular were steeped in sage and onion to the eyebrows.”

The origins of eating goose can be traced long before Dickens depicted it in his famous novel, however.

Since ancient times, people have been enjoying this farmyard bird. The inhabitants of ancient Greece and Rome would have eaten and enjoyed it, and the goose would have been more plentiful than the turkey – as this was native to the New World.

Geese were also able to withstand far more than turkeys, as turkeys were prone to disease, and would have been labour-intensive when the African traders started bring them over to Europe from Mexico in the 1500s,

Hatched in spring, geese got fattest just after the harvest, when the spoils from gathering in the harvest would have been left over on the ground. They’d have feasted on the grain and then been the perfect size ready for the Christmas table. Becoming tender and ready to eat at eight or nine months old, means that Christmas is the optimal time to eat a juicy goose.

The goose that we raise at Farm2Fork is different from the wild predecessor. Geese were domesticated in around 3,000BC, and started to be bred for its ever larger size. Unlike wild geese, domesticated birds are effectively flightless and stand up straighter. They follow us around the Farm2Fork fields chattering away, and it’s said that in the fourth century, this cackling from geese is what saved Rome from a surprise attack.

The goose legs make for a fabulous confit, and the neck can be stuffed with its giblets and roasted to make the bird go further. Although the idea of a Christmas goose came way before A Christmas Carol, Dickens certainly played his part in bringing the goose back into fashion at Christmas time. The evocation of families coming together and enjoying a delicious meal makes us think of contentment and richness, whereas turkey is now widespread and perhaps even in Dickens’ time was a sign of the rise of consumerism which we know all too well in modern times.

Time and love goes into raising our geese for Christmas. Buying local, and knowing exactly how your meat has been raised is surely better than buying mass-produced turkey.

But don’t just take our word for it – try our pasture-raised free range Christmas Goose, and just like Tiny Tim – we think you’ll be shouting “hurrah”!